Houston Art Car Parade 101:
In 1984, Kit and Carl Detering donated a 1967 Ford station wagon to The Orange Show Foundation to be auctioned at their annual Gala benefit. Houston artist, Jackie Harris transformed the car into a mobile work of art with a budget of $800 for paint and plastic fruit. The “Fruitmobile” was donated back to the foundation by the group of six who purchased it.

Some of our favorite cars this year: 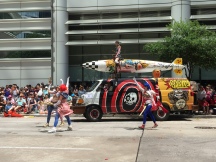 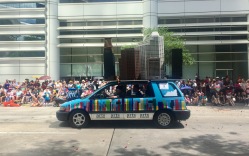 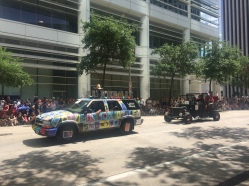 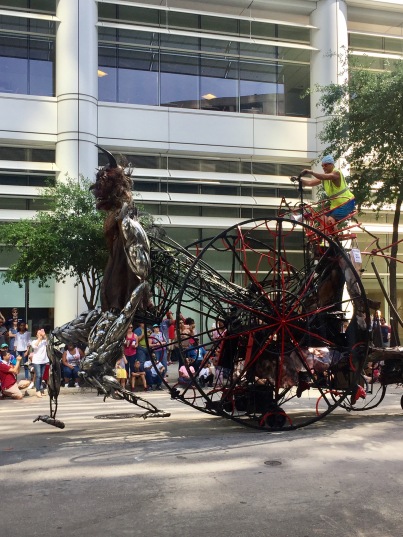 My best friend since middle school has been involved with the Houston Art Car Parade for many years. This year she rode on this cool fish car! Can you see her waving? 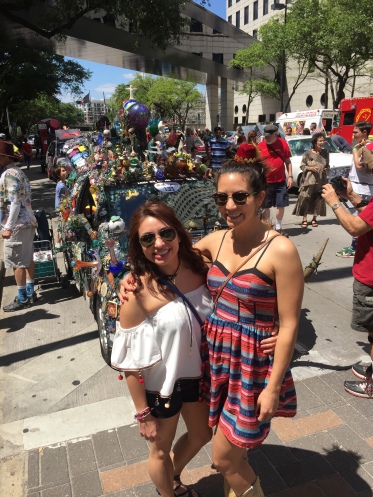 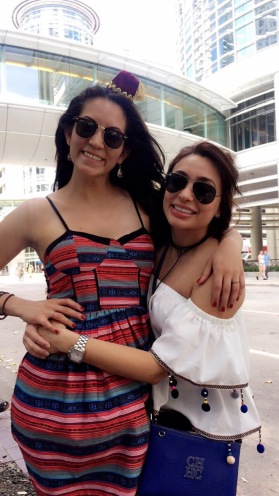 Fun Fact: Thanks to her, I rode in one of the first place art car winners last year! Check here  (That’s me with the blue t-shirt, waving with both hands 😉 ) 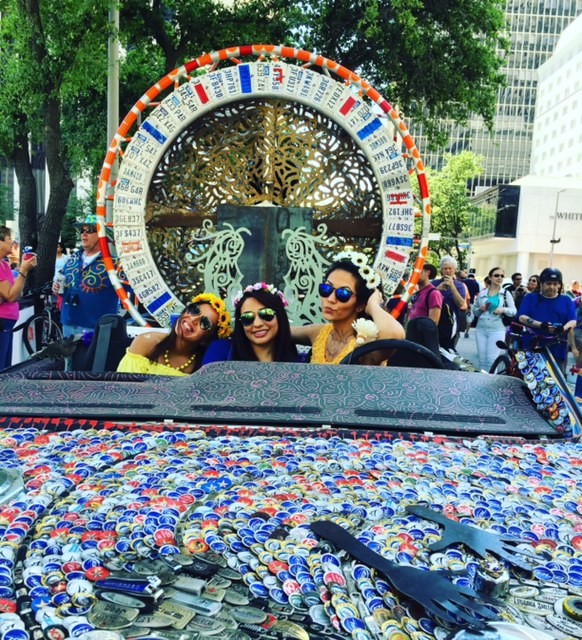 Have you been to the Houston Art Car Parade before? If you haven’t, mark your calendar for next year’s parade on Saturday, April 9th 2018.   😉

After all that crazy #TexasSnow from last week, I finally went for a #run!🏃🏻‍♀️ ☑️
LOVED going to @thefomofactory! ❤️🧡💛💚💙💜
Happy Chinese Lunar New Year!
Didn’t get into the @londonmarathon this year again 😕 but at least I finally got my virtual @nycmarathon #medal in the mail!🏅
#Travel #ThrowBackThursday to the #Selime Monastery in #Turkey! 🇹🇷 ✈️
Traded in my weekend #run for a nature #walk at new @memorialparkconservancy! 🤩
Let’s check out @seismique #OntheBlog today! ✨
Had the best time welcoming #2021 by the #beach! ☀️ 🇲🇽
What a great way to end the year! 😀 I’m sooo #Thankful for my 2,000 followers!
Loading Comments...
Comment
×
%d bloggers like this: