Comicpalooza is a 3-day event–similar to Comic-Con–which hosts activities from Friday to Sunday and is held at the George R. Brown Convention Center.

In addition to having a huge amount and variety of comic books for fans to purchase, there were speaking panels from the guest speakers and autograph / photo-ops! 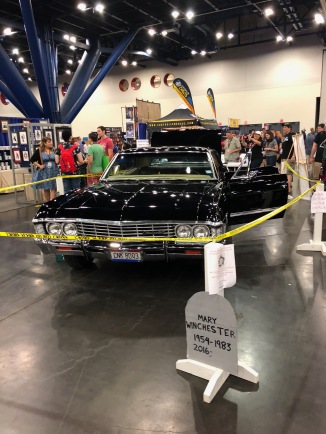 Inside the George R. Brown Convention Center, guests will find plenty of things to do and sights to see from their favorite television shows and movies. 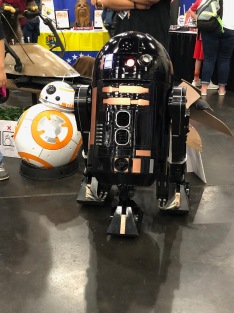 Comicpalooza is fun for the entire family and for fans of all ages, so feel free to bring other family members and kids!

One of the many great activities available for guests this year was an arena for LIGHTSABER DUEL with other Star Wars fans! 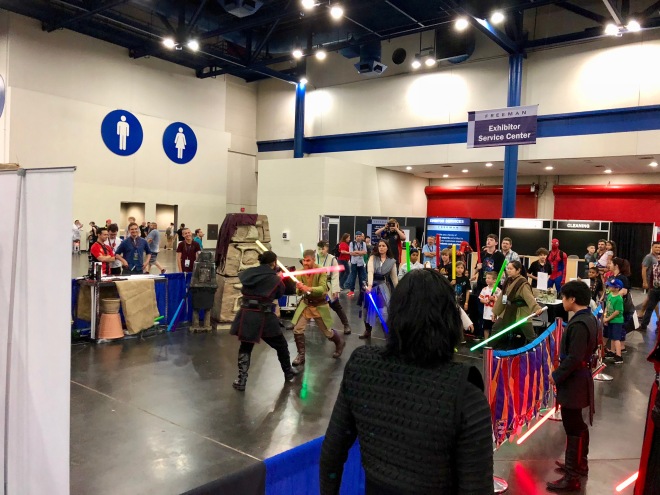 (Lightsaber not included, but the vendors at Comicpalooza have you covered.)

As with any convention, cosplay is not only accepted, it’s encouraged! 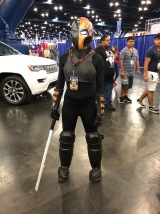 Dinosaurs duking it out

Captain America and the Winter Soldier as a couple

After all that crazy #TexasSnow from last week, I finally went for a #run!🏃🏻‍♀️ ☑️
LOVED going to @thefomofactory! ❤️🧡💛💚💙💜
Happy Chinese Lunar New Year!
Didn’t get into the @londonmarathon this year again 😕 but at least I finally got my virtual @nycmarathon #medal in the mail!🏅
#Travel #ThrowBackThursday to the #Selime Monastery in #Turkey! 🇹🇷 ✈️
Traded in my weekend #run for a nature #walk at new @memorialparkconservancy! 🤩
Let’s check out @seismique #OntheBlog today! ✨
Had the best time welcoming #2021 by the #beach! ☀️ 🇲🇽
What a great way to end the year! 😀 I’m sooo #Thankful for my 2,000 followers!
Loading Comments...
Comment
×
%d bloggers like this: