A lot of times I get asked the question “From all the countries you have been to, which one is your favorite?” and I can truly say that Turkey is definitely on the top of my list! I say this because the people are wonderful and super nice, the culture and history are beautiful and the architecture is just breathtaking. ❤ 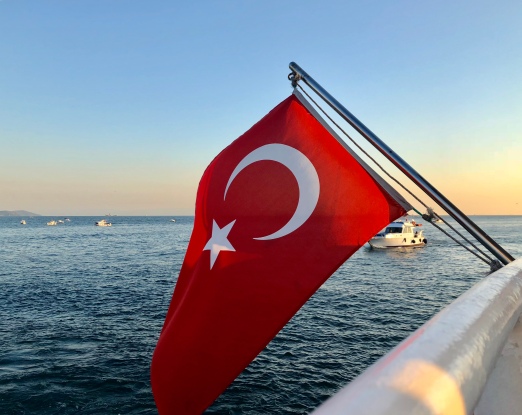 The first time I visited the lovely city of Istanbul was about 2 years ago when I had a long overnight layover while I was flying Turkish Airlines. Since I was only there for a few hours during the day, I only had a chance to visit the famous Blue Masque. From that moment, I knew that I had to come back ASAP! Luckily, the opportunity to come back arose faster than I expected. My good friend Ahmet “Bro”, whom I have known since college, is Turkish and he invited me to his lovely wedding in Istanbul this past September. So, that gave me the perfect opportunity to go back with more time to explore!

Istanbul 101
Istanbul was historically known as Byzantium and Constantinople, it is the most populated city in Turkey with more than 15 million people and it is the country’s economic, cultural and historic center. Istanbul is a transcontinental city in Eurasia, straddling the Bosporus strait (which separates Europe and Asia) between the Sea of Marmara and the Black Sea.

Since Istanbul is such an ancient city filled with so much history, there are sooo many beautiful things to see, but when you have a limited time you have to make the best of it and use your time wisely.

Here are some places I would highly recommend checking out if you visit:

Hagia Sophia
Hands down MY favorite historic site in Istanbul! It was built in 537 AD at the beginning of the Middle Ages as a Byzantine Christian Cathedral, and then it became a Roman Catholic Cathedral, then a Greek Orthodox Cathedral, then an Ottoman Mosque and since 1935 it has been a museum.

Sultan Ahmet Masque – Blue Masque
Probably the most popular historic site and MUST SEE place of Istanbul. This mosque was constructed between 1609 and 1616 and it has hand-painted blue tiles that adorn the mosque’s interior walls. It is located near the Hagia Sophia. 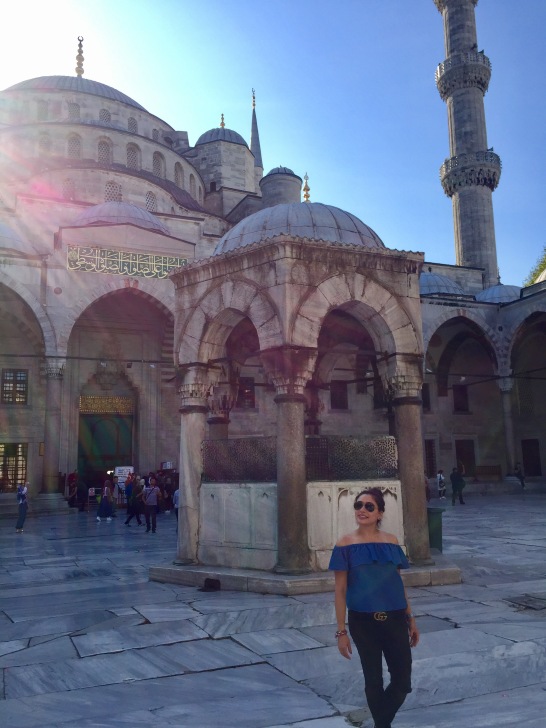 Basilica Cistern:
Is the largest of several hundred ancient cisterns that lie beneath the city of Istanbul and was built in the 6th century. It conveniently located across from the Hagia Sophia. 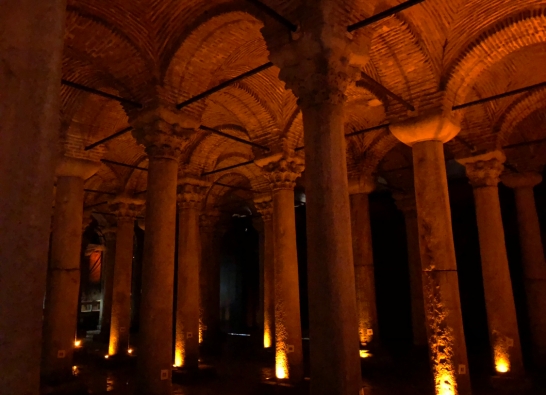 Topkapi Palace
In the 15th century, it served as the main residence and administrative headquarters of the Ottoman sultans and since 1924, it has been a museum.

Dolmabahçe Palace:
This palace served as the main administrative center of the Ottoman Empire from 1856 to 1887 and 1909 to 1922. The design of the palace contains eclectic elements from the Baroque, Rococo and Neoclassical styles, blended with traditional Ottoman architecture that reflect the influence of European styles.

Grand Baazar
MUST GO TO! You will want to buy everything! This baazar is one of the largest and oldest covered markets in the world. It has been listed as one of the world’s most-visited tourist attractions with 91,250,000 annual visitors. Don’t forget to bargain! 😉

Mısır Çarşısı-Spice Market
A smaller version of the Grand Bazzar but with more spices, tea and Turkish delights! It will remind you of the Sex in the City 2 movie. 🙂

Galata Tower
A medieval stone tower in the Galata/Karaköy quarter, where you can find many shops and restaurants around it. You can also go up and admire great views of the city.

Bosporus Strait
Take a boat tour around the strait that forms part of the continental boundary between Europe and Asia, and separates Asian Turkey from European Turkey. Sunset tour had views on point!

EXPERIENCE
Have the ultimate Turkish bath at the Cagaloglu Hamam that has been opened since 1741.

Experience fine dining at Mikla Restaurant, which is currently number 44 in the World’s 50 Best Restaurant list. (Make reservation ahead of time.) 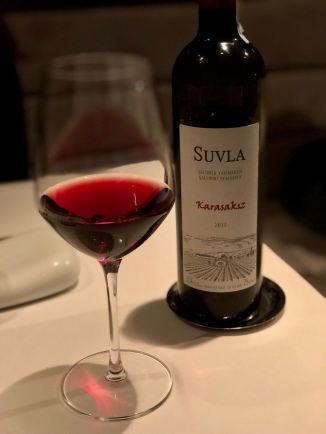 Drinks or lunch with a killer view of the Hagia Sophia at Seven Hills. 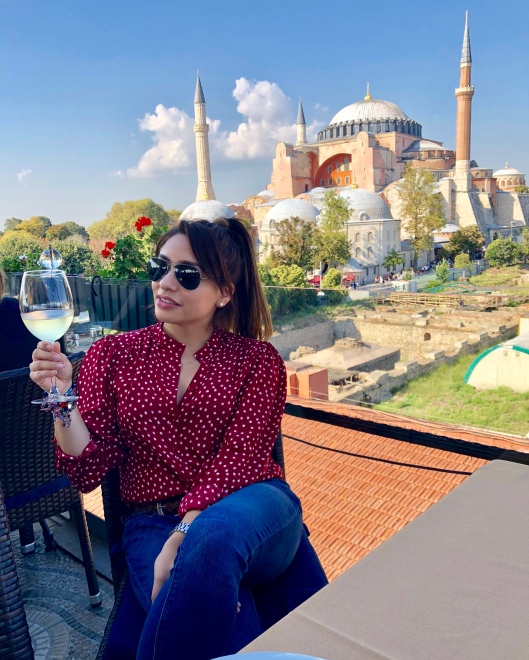 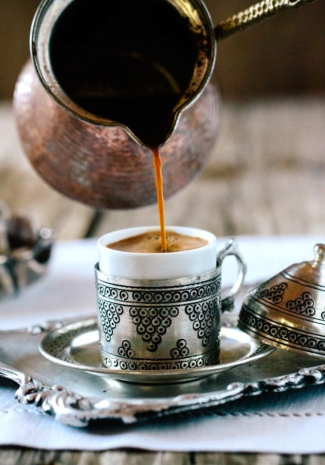 GREEKing out over these views! 💙🇬🇷🏛
Join me #OntheBlog for a southern adventure in #HiltonHeadIsland in SC! ☀️
#Moving is NEVER fun! 😕 📦 That’s why you should call @gamedaymovinghouston to make your next move easy and smooth! #AD
This #Monday, I’m day dreaming of clear blue waters in the #Bahamas! 🇧🇸 ☀️🚤
Can’t believe it’s almost been 2 years since we ran the @berlinmarathon! 🇩🇪 🏅 👟
It was so exciting to be back at the @astrosbaseball stadium! ⚾️ 💫
Bonjour from #Paris! 🇫🇷
Wonder. Wander. Repeat. 💚
Happy #713day #Houston! ❤️
Loading Comments...
%d bloggers like this: