Some of you might be familiar with the lovely city of Guadalajara (GDL), but some of you might have at least heard of a restaurant with that long name. So…that is why I am here today, to tell you all about this AMAZING city in the Pacific west coast of Mexico and to give you tips, so you can experience it like a true local.

Did you know that Guadalajara is the second largest city in Mexico and the capital of the state of Jalisco?… It is internationally known as the land of tequila and mariachi and it is rich in history and traditions.

Want to take a peek? Check out this short video 😉

Guadalajara is also a very special city to me, because that is where both of my parents are originally from and where I spent 8 years of my childhood. Therefore, I have had many wonderful memories in this city and I cannot wait to share them with y’all!

Fun Fact: A Tapatio/a refers to a person who is originally from Guadalajara 😉

Since I am a true tapatia, I got the ULTIMATE, inside scoop of how to experience the beautiful city of GUADALAJARA:

Cathedral of Guadalajara – If you google GDL, the first image that comes up is this beautiful cathedral. This cathedral was completed in 1618 and combines neoclassical, baroque and Gothic styles. If you don’t take a picture in front of it, you might as well not say you went to Guadalajara. 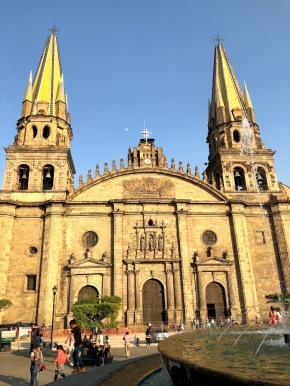 Palacio de Gobierno– This building houses the Jalisco state government offices and it was built in 1774. Here, you can admire two impressive murals by the famous Jalisco muralist José Clemente Orozco. The real head-turner is the mural on the main interior staircase. There is also a beautiful courtyard where you can see the cathedral bell towers. 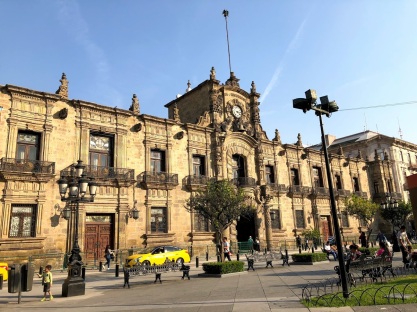 Rotonda de los Jaliscienses Ilustres- This landmark is located right across the cathedral and it honors the memory of the people from the state of Jalisco that has transcended through history; Including the famous muralist José Clemente Orozco. 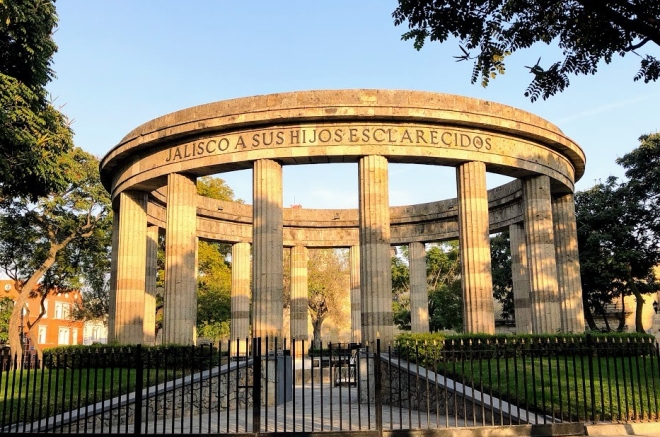 Teatro Degollado- This neoclassical theater, is home to the Guadalajara Philharmonic. Its construction begun in 1855 and was completed four decades later. It is also, one of the main GDL landmarks and it is conveniently located behind the cathedral.
Fun Fact- I danced in 2 Nutcracker performances in this theater when I was young!

Hospicio Cabañas- It was founded in 1791, in order to combine the functions of a workhouse, hospital, orphanage, and almshouse. This complex is best known for its dome with the “Man of Fire”, a mural that was also painted by muralist Jose Clemente Orozco and it is also a UNESCO is a World Heritage Site. 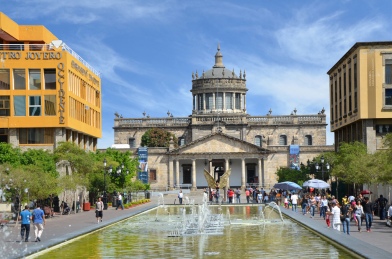 Museo de las Artes – The museum of contemporary art is housed in a building from 1917, that once served as the administration building for the University of Guadalajara (My parents Alma Mater). The highlight is the Paraninfo (auditorium) on the 1st floor, whose stage backdrop and dome feature another large mural by Jose Clemente Orozco. 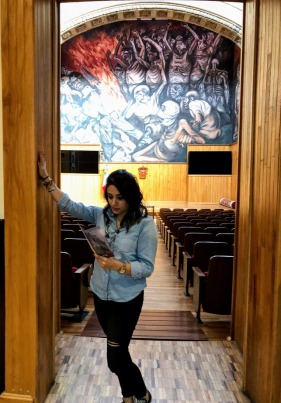 Expiatorio Temple- This neo-Gothic church, began construction in 1897 and was completed until 1972. It is known for its enormous stone columns, 15m-high mosaic stained-glass windows above the altar and kaleidoscopic steeple. This church also holds a special place in my heart, because 4 family members ashes are here. 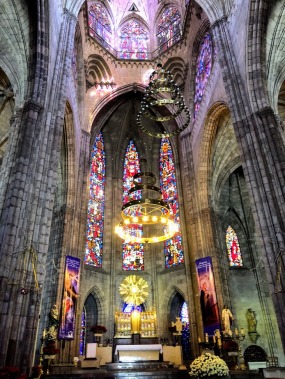 Los Arcos- this arch was built in in 1942 to commemorate the city’s 400th anniversary. The arches clear 14 feet high and stand just before the Minerva fountain and roundabout.

Minerva– Another famous GDL landmark! It is the largest fountain in Guadalajara and it is also a roundabout that connecting several main roads.

Akron Stadium- Soccer is HUGE in Mexico! So if you happen to go during soccer season, make sure you check out the famous soccer team Club Deportivo Guadalajara, commonly known as the “Chivas”.

Tortas Ahogadas– it is a very popular dish that literally means “drowned sandwich”. This sandwich is  filled with chopped, fried pork and beans and its drowned with salsa made primarily of a dried chili pepper called chile de árbol. Don’t worry, there are less spicy versions of the salsa made with a tomato-based sauce.

Tejuino- This one might sound a bit odd, but you defiantly need to try it! it is a cold beverage made from fermented corn and it is served with lime juice, a pinch of salt, chile and a scoop lime sorbet. 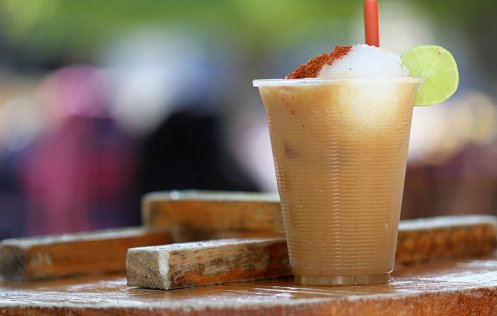 Guasanas- This regional snack, is literally just steamed baby cheek peas! It  is one of my personal favorites. 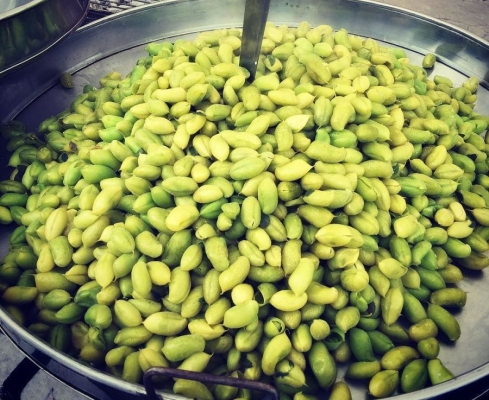 Jericallas– This delicious dessert can be described as a cross between a flan and creme brulee. They have a custard like texture similar to flan, and a burned top like creme brulee. 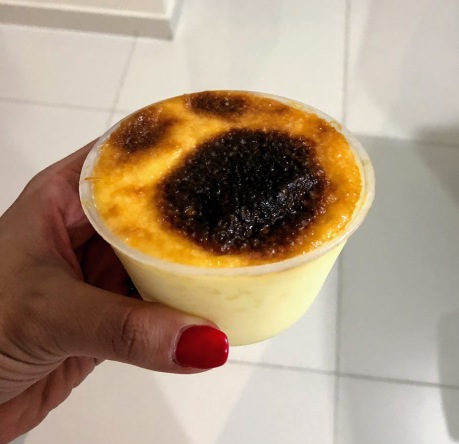 Alcalde- A posh and exquisite restaurant that is in #31 in the Top 50 Restaurant list of Latin America.

Fat Charlie- A modern speakeasy that is hidden behind a taco stand…You must know the password to come in! 😉 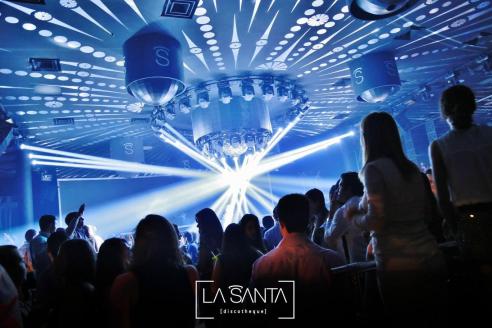 Casa Fayette is the newest hotel of Grupo Habita that opened in 2015. It is located in one of the trendiest areas of Guadalajara, in the Lafayette neighborhood where you can find many cool and hip restaurants and bars within walking distance. Learn more about this hotel in this post. 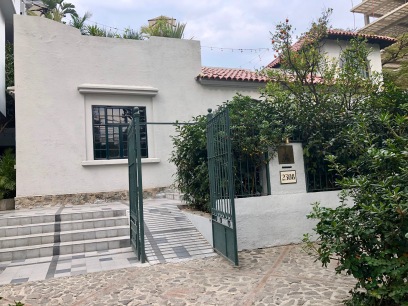 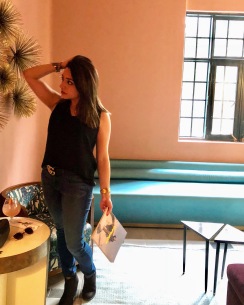 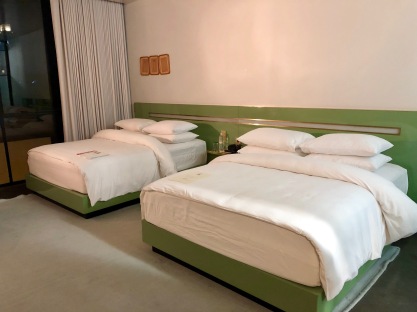 I hope this post has inspired you to consider visiting my beautiful hometown of Guadalajara on your next trip to Mexico. 😉  The best part is that it’s only a 2 hour flight from Houston, plus there are MANY direct flight options from many airlines.

Wow! 🤩 Such a great feeling to say it’s been 1 month since I received my second dose of the #COVIDvaccine! 💉
A little ride down memory lane to #Antigua in #Guatemala 🇬🇹🛵🌋 #tbt
This #MedalMonday🏅we look back at the many #VirtualRaces from last year!
This nice weather calls for a stroll at @smitherpark! ☀️
Had so much fun visiting #Atlanta this weekend! 🍑
Just completed our 3rd @pearlandhalfmarathon! 🍐
Great friends, beautiful decor and amazing food @musaaferhouston!
Missing those days when I was discovering the Brittany region in #France 🇫🇷 ✈️ #TB
After all that crazy #TexasSnow from last week, I finally went for a #run!🏃🏻‍♀️ ☑️
Loading Comments...
Comment
×
%d bloggers like this: