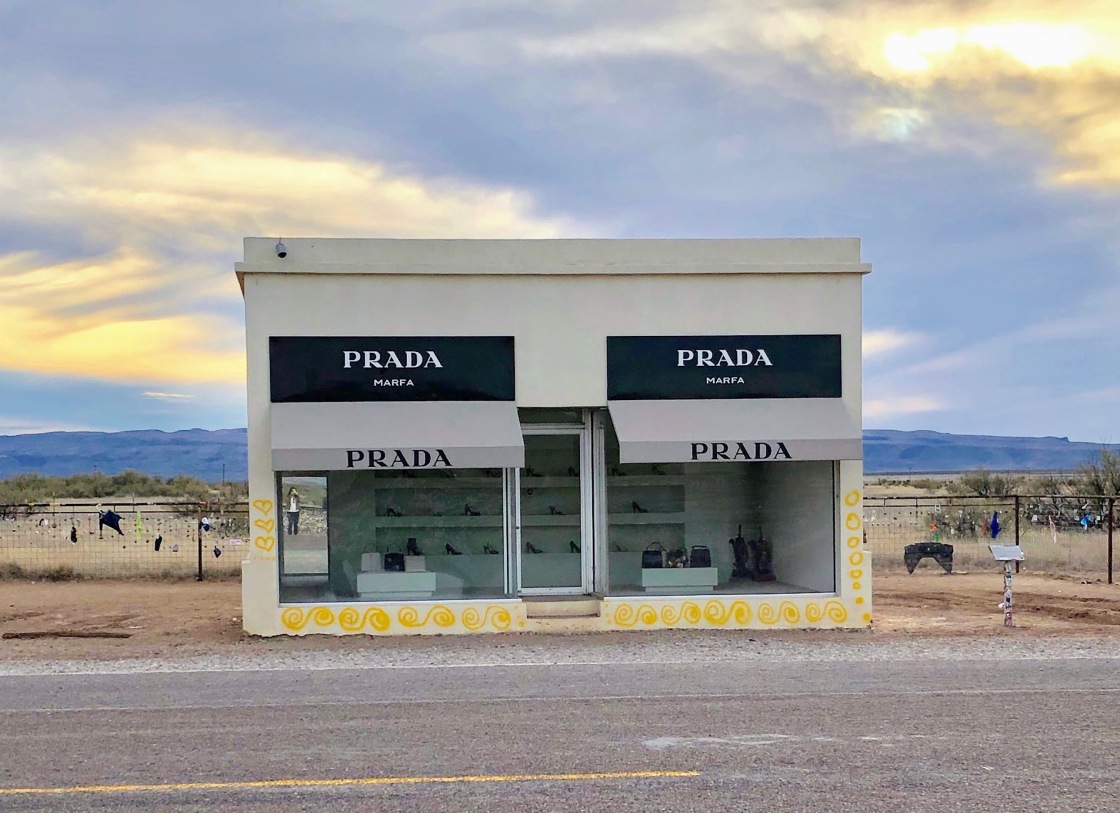 It’s true….everything is bigger in Texas! How do I know that? Simply because I was born and raised in the amazing Lone Star State! As you know, Texas is the second largest state right after Alaska. Therefore, driving “around” Texas, can be quite the journey. 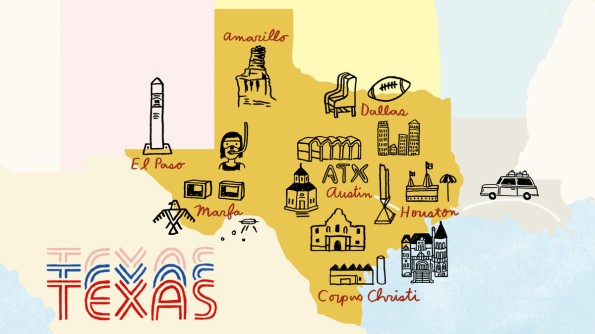 If you are a bit hipster or artsy, you might have heard of Marfa, TX or at least of the infamous Prada Marfa art installation. I am from Houston and to be honest I never really heard about Marfa, until I watched Gossip Girl a few years ago haha. If you were also a big Gossip Girl, you might remember that Serena van der Woodsen’s family had a Prada Marfa painting on their wall. Ever since then, I really liked that painting so I decided to buy it! While I was looking up the painting, I realized it was an actual art installation in Marfa, TEXAS! I got so excited when I found out it was in Texas, but then I realized it was 600 miles away from Houston and in the middle of nowhere…. so then, I never really knew if I would ever go. 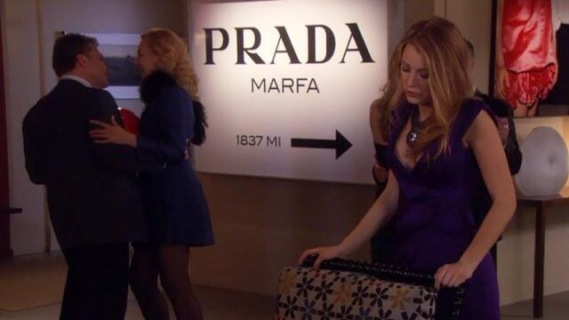 Maaaany years later, I finally found the courage and the right travel partner to plunge into this West Texas journey! So, this past Thanksgiving we took the 600 mile or 8.5 hour road trip from Houston to Marfa. Since it was quite a long drive, we decided to make a few fun stops along the way and we also visited Big Bend National Park. 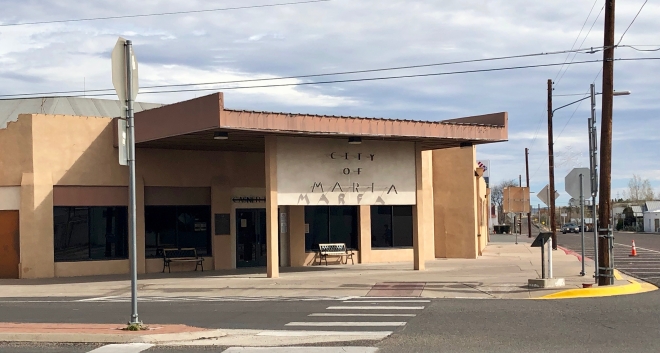 Here are a few pointers if you are thinking about taking a road trip to West Texas:

If you don’t live in Texas, the closest airports you can fly into are Midland and Odessa. However, you will still need to rent a car and drive 2.5 hours from Odessa or 3 hours from Midland.

Marfa is a city in the high desert of the Trans-Pecos in far West Texas, between the Davis Mountains and Big Bend National Park. This tiny city has a population of less than 2,000 people and has become quite the tourist destination and a major center for minimalist art.

El Cosmico: The ultimate hipster mecca! Ever since I found out about this cool place, I knew I wanted to stay there. It was quite the experience and since we went in November, the nights were VERY cold! We stayed in one of the safari tents and thank god for those heated blankets that kept us warm. Although it’s cool and chic, you still have to use a communal bathroom and showers. Kinda like glaming with a twist! 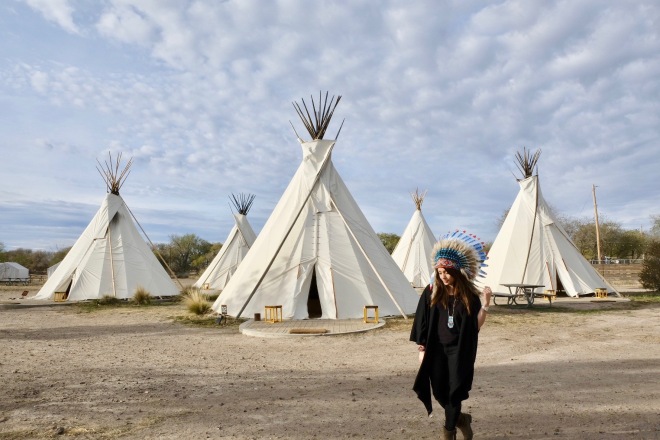 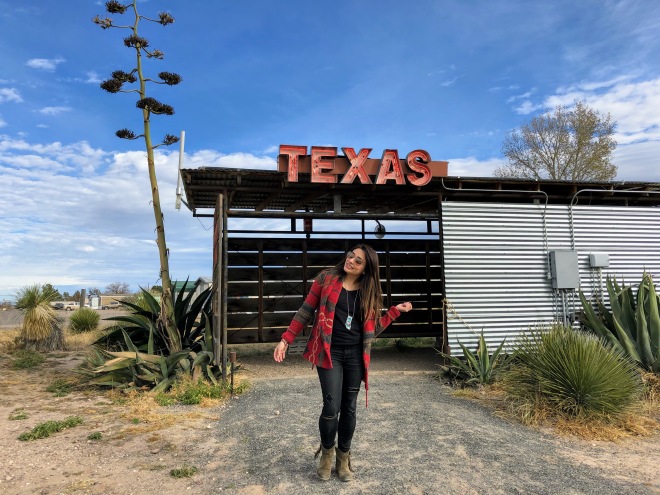 Hotel Saint George: If you are not about that adventurous hipster life, then this place is for you! This chic, modern hotel will make feel like you never left the city. It has a nice restaurant and bar, worth checking out. 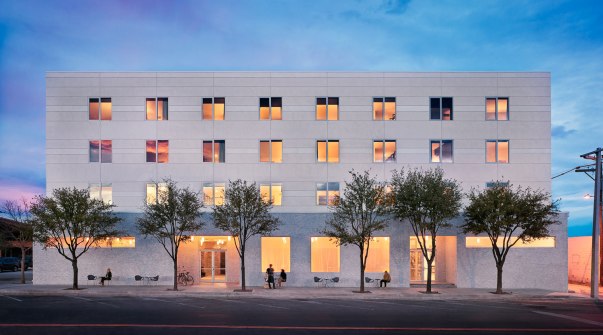 Hotel El Paisano: If you are just more of classic type of person and really want to get that West Texas feel, then this place is for you! This charming, historic hotel also has an amazing restaurant called Jett’s Grill and a nice little shopping area. 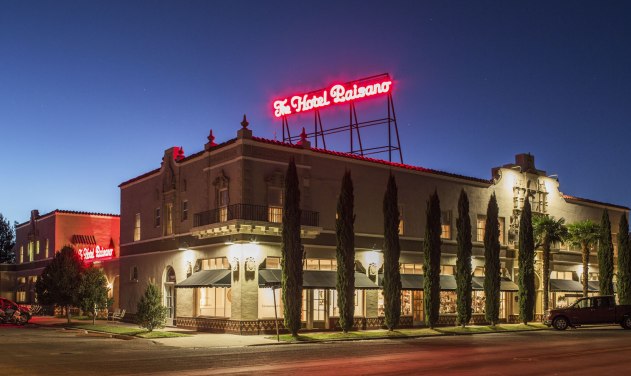 Presidio County Courthouse: This cute little courthouse was built in 1886 and is considered a Texas Historic Landmark! It is located very close of the Hotel Saint George and Hotel Paisano in the middle of the city. 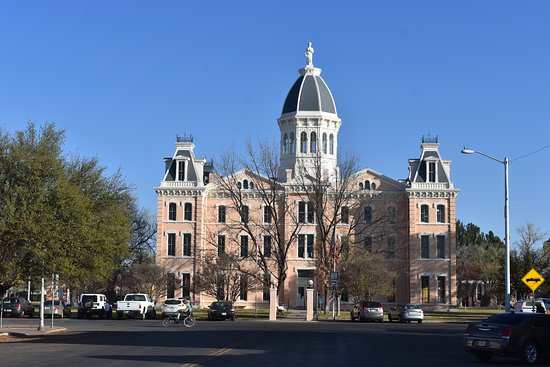 Chinati Foundation: Is a contemporary art museum that sponsors art and education programs. It was established in 1986 by founder, artist Donald Judd. Some of the exhibits are free and some you have to pay. 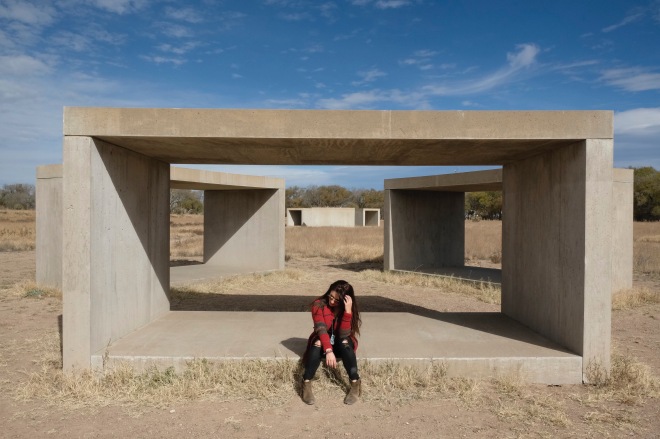 Marfa Lights: Are “ghost lights” that can be seen near U.S. Route 67 on Mitchell Flat east of Marfa. They have gained some fame as onlookers think they could be paranormal phenomena such as ghosts and UFOs….However, research suggests that most of them are just reflections of automobile headlights and campfires.

Ballroom Marfa: Is a contemporary cultural arts space where you can find visual arts, film, music, and sometimes performances. They are also the ones responsible for the famous Prada Marfa art installation. 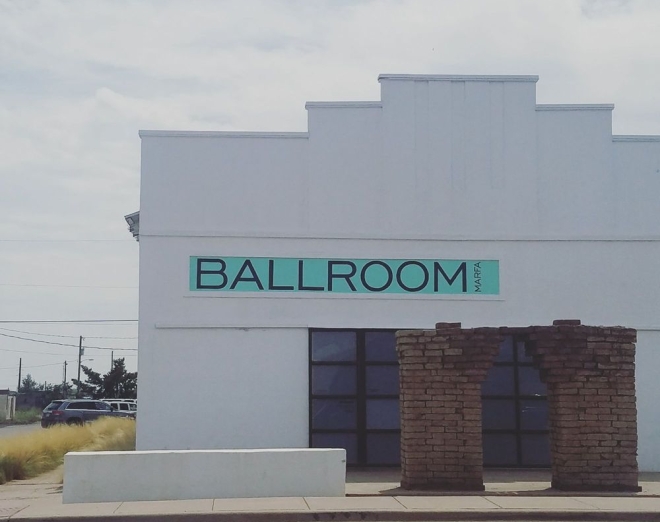 Prada Marfa: This permanent art installation and it was designed by artists Elmgreen & Dragset in October 2005. It was modeled after a Prada boutique and it includes luxury goods from the fall 2005 collection. 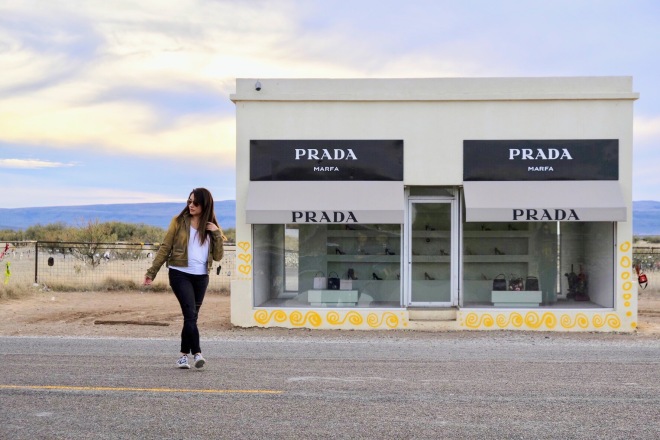 Fun Fact: This building is actually located in the middle of the road one mile west of Valentine, TX (30 min from Marfa). So, watch out for cars and 18 wheelers going full speed!

Since you will already be on the super West side of Texas, I highly recommend taking an additional 3 hour drive and making a few fun stops to visit Big Bend National Park!

Mini Target: This is another art installation that opened in 2016, in a former railroad structure along US 90 west of Marathon, TX. It’s still a mystery as to who is behind the inception of this latest tiny store art installation. 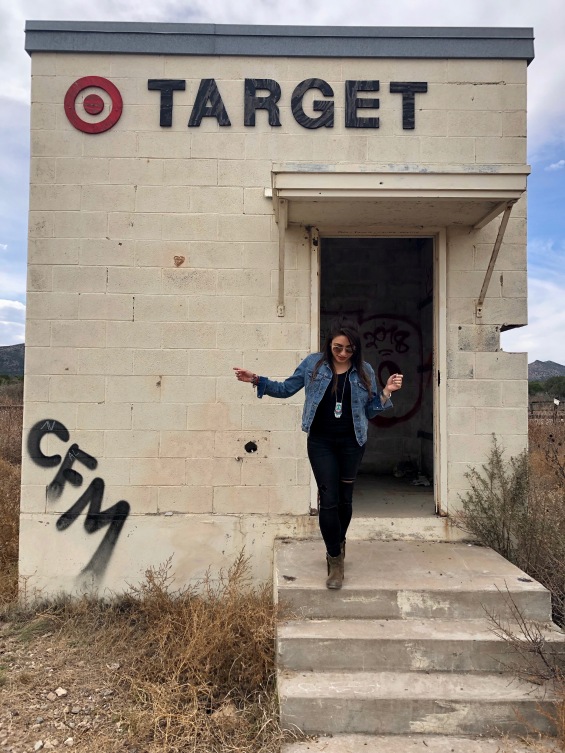 Terlingua: Is a former mining town that can be a fun stop and is about 1.5 hours away from Big Bend National Park. 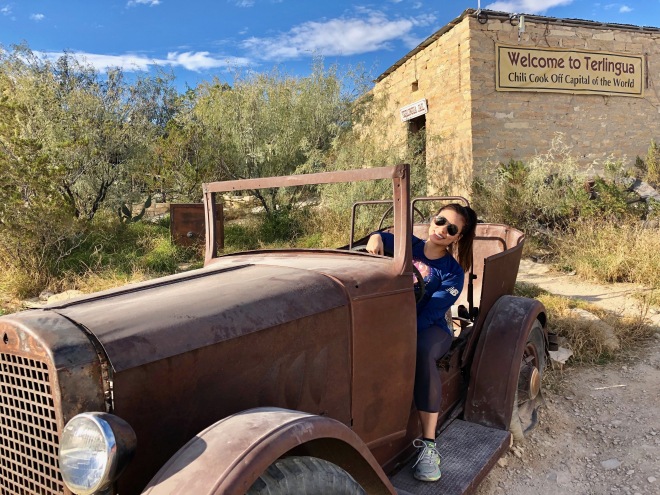 Crazy Fun Fact: The population of Terlingua in the 2010 census was 58! Literally a ghost town!

Big Bend National Park:  The 800,000-acre national park contains three basic habitats: river, desert, and it’s the only park in the United States that contains a complete mountain range – the Chisos. The park also protects more than 1,200 species of plants, more than 450 species of birds, 56 species of reptiles, and 75 species of mammals. 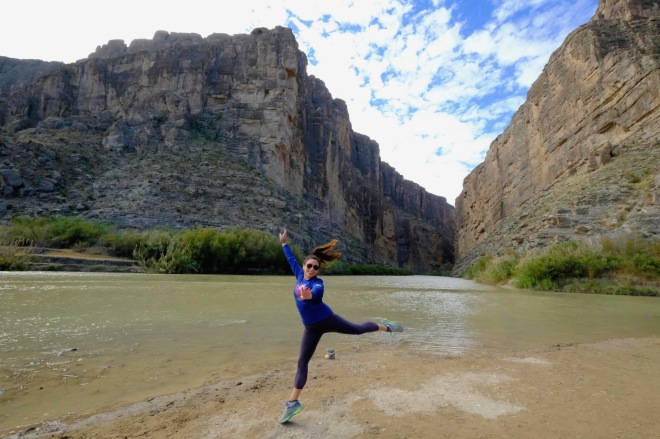 Pro Tip: Make sure to reserve a camp site ahead of time, especially during busy seasons. 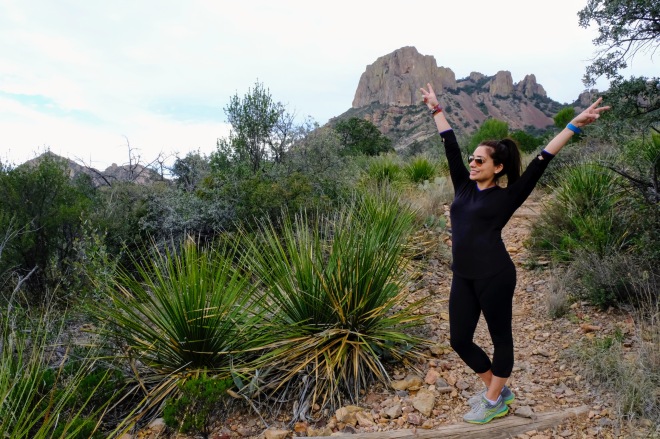 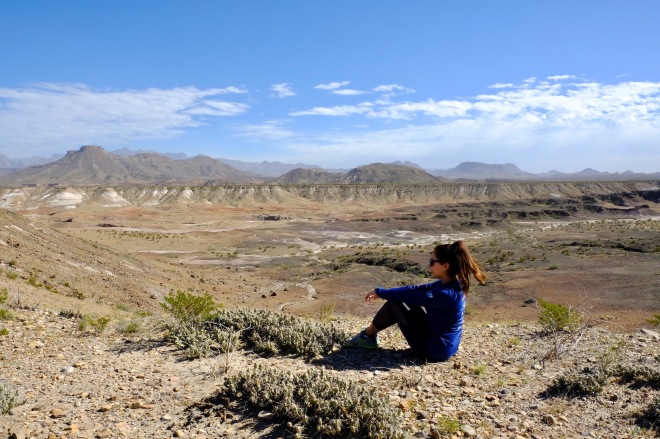 Fun Fact: This national park is right at the border with Mexico, so there are a couple of random customs check points along the highway.

I hope y’all enjoyed all these fun tips, so your road trip to West Texas can be extra fun! Yeehaw cowboys! 😉

Have you ever been to @smitherpark in #Houston? 😀
Cheers to a 2022 full of new adventures! 🍻
Running with the fam is always more fun! 🤩 🏅
Make it a #December to remember by visiting @tftiexperience in the @houstongalleria! 🎄🎁 📸
Looking for destination ideas for your next #beach #vacation? 🏝
Candid #race photo! 📸🏃🏻‍♀️
So many things to be #thankful this year! 🧡🤎
Another successful @houhalf for the books! 🏃🏻‍♀️🏅
Hey #Houstonians! 🌟 Have you seen the Historic Third Ward Virtual Tour? This is a project put on by the Catastrophic Theatre to take viewers on a trip through the history of #Houston’s Third Ward.
Loading Comments...
%d bloggers like this: